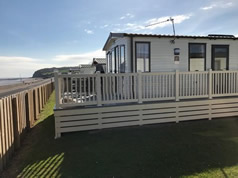 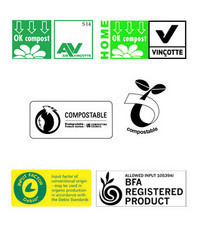 This means you can be confident that you are using an environmentally sound product of high quality.

Today, the terms biodegradation, biodegradable materials, compostability etc. are very common, but frequently misused. Consequently, this is a source of misunderstanding. The European Standard EN13432 "Requirements for packaging recoverable through composting and biodegradation - Testing scheme and evaluation criteria for the final acceptance of packaging", resolves this problem by defining the characteristics that a material must have, in order to be defined as "compostable". This norm is a reference point for material manufacturers, public authorities, composters and consumers.

According to the European Standard EN13432, a compostable material must have the following characteristics.

Biodegradability, which is determined by measuring the actual metabolic conversion of the compostable material into carbon dioxide. This property is quantitatively measured using the standard test method, EN14046 (which is also published as ISO 14855: biodegradability under controlled composting conditions). The acceptance level is 90%, which must be reached in less than 6 months.

Disintegrability, that is, the fragmentation and loss of visibility in the final compost (absence of visual contamination). This is measured with a composting test (EN14045). The test material is degraded, together with organic waste, for 3 months. After this time, the compost is sieved with a 2 mm sieve. The residues of test material with dimensions higher than 2 mm are considered as not having disintegrated. This fraction must be less than 10% of the initial mass.

Absence of negative effects on the composting process. This is checked with a composting test.

Low levels of heavy metals (below the predefined maximum values), and absence of negative effects on the quality of the compost (e.g. reduction of the agronomic value and presence of eco-toxicological effects on the growth of plants). A plant growth test (OECD test 208, modified) is carried out on compost samples where the degradation of the test material has taken place. There must be no difference from control compost. Other chemical-physical parameters that must not be different from those of the control compost after the degradation are the pH, salinity, volatile solids, N, P, Mg, K.

The European Standard EN13432 is a harmonised norm, that is, it has been published in the Official Gazette of the European Union, and has consequently been adopted by every European country. The norm provides an assumption that packaging and waste from packaging conform to the European Directive 94/62 EC.